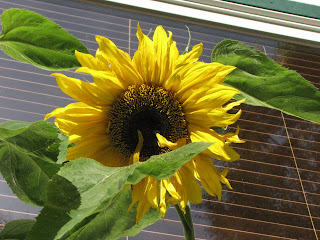 Every morning, before we’re even cognizant of being awake, we turn on the TV to an Anchorage channel with an early news program.  We do this not so much to get the news, but to make ourselves feel better with the fact other people had to get up even earlier than ourselves.  Better still, those people are obligated to be at work and look cheery about it while we grumble over the first cup of coffee.  Misery loves company; more so if the company is forced to smile and act chipper.
Most of the little news nuggets the announcers pitch out bounce off us with negligible impact.  We are still wrapped in the protective shield of not quite being awake.
“What’d he just say?  Someone blew up an outhouse?”
“No, I think he was quoting someone about a screw-up at the courthouse.”
“Oh, good.  Had me worried there for a moment.”
This morning was different.  This morning the newscasters had shed their professional reserve and were positively giddy over the main headline: It’s PFD announcement day!  There were  pre-recorded interviews with various economists and investment gurus.  There was speculation on the amount.  There were long-winded explanations of the ciphering used to determine the speculations.  There was the promise of LIVE coverage – on TV, radio, iPod, Twitter, smart phones etc. – as Governor Sean Parnell made the official announcement.
For those not familiar with Alaska’s annual manna, PFD stands for Permanent Fund Dividend.  The Permanent Fund is a large sum of money set aside since the oil started flowing down the Trans-Alaska Pipeline in 1977.  Like any prudent household that finds itself awash in cash, Alaska went on a spending spree with the money brought in from the oil royalties.
“What do you want to spend it on, now?”
“I dunno.  How about another school with an indoor swimming pool, recording studio, professional theater and gigantic saltwater tank in the commons area.”
“Cool.  Oh!  Oh!  I know!  This time, we’ll design it to look like a Swiss chalet, and put it someplace with a spectacular view so the students won’t be bored when they get bored with the learnin’ stuff.”
About the time Alaska’s politicians discovered they couldn’t quite spend the money fast enough to keep up with the influx, somebody had an epiphany: “We need to get re-elected.  Maybe we ought to save a little of this and give some of the interest earned by the Permanent Fund back to the people of Alaska.”  EVERYONE thought that was a great idea.  So, in 1980 Alaska began the practice of providing Permanent Fund Dividends to every man, woman and child residing in the state for a year, or more. From that point forward, the announcement of the PFD amount has been eagerly anticipated as “PFD Announcement Day.”  It’s the Alaskan version of a sneak peek at what’s coming for Christmas, birthdays, Hanukkah, graduations and any other occurrence wherein gifts are bestowed, all rolled into one.
Of course, there is keen interest in being the first to know, precisely, what the amount will be.  It seems there is a belief that being the first of the public to know the value of the PFD, right down to the exact cent, entitles that person to double the amount.  In actual fact,  being first with that knowledge in your circle of friends only conveys the privilege of being a brilliant conversationalist for roughly thirty seconds.  Every  news outlet in the state has, at this very moment, a reporter elbowing his way into a position in front of the Governor’s podium to breathlessly await the announcement.

It’s T-minus 2 hours and five minutes.  I better go warm up the TV and set my cell phone for a speed dial conference call to all my friends.
Posted by A. E. Poynor at 10:10 AM 2 comments:

Like anyone who writes – I mean really writes, focusing every essence of their being into it – it’s a compulsion, an urge that will not be denied.  “Hi, I’m A. E. Poynor, and I’m a writeaholic.”  Following a career as a technical writer and quitting a humor column that ran nineteen years (receiving three awards from the Alaska Press Club in the process) I decided to write longer material.  There is nothing quite like working on the “Great American Novel,” unless it’s sitting stranded on a desert island, left to count the grains of sand in utter isolation.
Don’t get me wrong, I truly revel in writing longer material. However, most writing is meant to be shared – Herman Melville being a superb exception – and the journey of a novel from conception to publication is a painfully long and laborious one.  Like most folks, I’m an instant gratification kind of guy.  That was the beauty of writing a weekly humor column.  It was quick (if one can call four to twelve hours of work to produce 800 polished words quick), subject matter was varied and sharing was regular.  I miss writing the shorter material.  This blog will serve to scratch the itch of writing something shorter.
What can the reader expect?  Pithy comments on things that pith me off, observations on writing and the process involved, a reflection of life in Alaska from a warped mirror (including the occasional old column), but most importantly, a smile.  The intent of this blog is the same as was my newspaper column, “Of Moose and Men”: to provide the reader with a brief respite from their serious world.  Comments and observations, good or bad, are always welcome.
A word of warning is in order here.  The author is not the most tech-savvy guy to be found.  Consequently, there will undoubtedly be some glitches initially.  Simply setting this blog up serves as a good example.  The last box to fill in for my profile was labeled “Random Question.”  No explanation, but there was a warning that I had to save the profile before I could request a new question.  I figured it was a security thing, so typed the first question that had popped into my mind, “What the hell?”  I expected a prompt for an answer to appear.  None did.  A preview of the empty blog showed my picture and what I’d written about myself with the question “What the hell?” immediately below.  Indeed, what the hell?
Posted by A. E. Poynor at 10:20 AM 5 comments: