On the evolutionary scale of technology I am a dirt-drawing Neanderthal. Consequently, it comes as a surprise to most folks that I’m on Twitter. Why and how I ended up there aren’t important. What is, are some of the people that I’ve met. Through exchanges of 140 characters, or less, I’ve met several other humor bloggers. Suzanne Lucas and her blog, Times Squared, have become a favorite.


Suzanne is an extremely funny and gifted writer living in Ottawa, Canada. (Which explains why she frequently tosses in a superfluous U in words.) Wit and satire drip from her keyboard, seemingly without effort. She is also the managing editor of a website dedicated to flash fiction, The Saturday Night Reader. As if that weren’t enough, she is a contributing writer to The Sage News, a satirical “news” site.

Obviously, Suzanne is a very busy lady. That is why I was so surprised and honored when she agreed to write a guest post for OMM blog. But enough of my babbling, let’s get to the good stuff - Suzanne Lucas and professional wrestling. 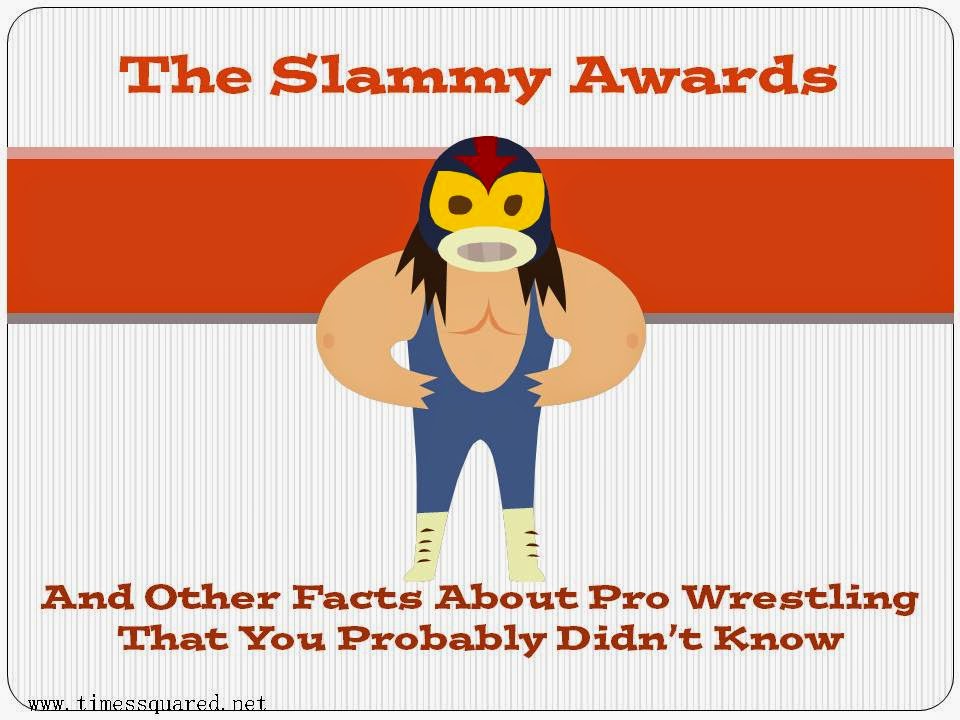 Every once in a while, I ask my hubs to explain pro wrestling to me.

It's not that I don't understand the basic concept: Two or more men in spandex pretend to beat each other up in a fake competition to win a huge-ass belt.


But sometimes I have questions that demand answers.

Luckily, I have the luxury to consult with an expert who hasn't watched wrestling in over five years. And he's patiently provided me with the following insightful answers to my more recent questions.


1. Why aren't there awards for wrestlers?

There are. They're called the Slammy Awards and they take place every year in December.


Past awards included Most Menacing Haircut, Best Performance by an Animal,  Best
Holy Shit Moment of the Year, Best Personal Hygiene and Most Ignominious (although this award was never handed out because no one knew what it meant).

2. How do wrestlers come up with their nicknames?


Wrestlers try to come up with nicknames that match their character's personality, storyline or physical features.


3. Do wrestlers get rashes from all that spandex?


5. Do wrestlers have to comply with a specific set of glamour rules?

Yes. Much like the Buffalo Bills Cheerleaders, the WWE publishes an official Wrestler Handbook that outlines glamour, etiquette and body maintenance requirements for wrestlers. For example:

General Hygiene and Body Maintenance:
Glamour Requirements:
Etiquette for Appearances:
Topics to avoid in conversations outside of the ring:
If you have any wrestling-related questions, don't hesitate to ask. Mike, the wrestling expert, will be happy to answer them.