It’s a scary world out there. The number of things and situations that can raise your heart rate and adrenalin level is seemingly endless. Some of those things are scarier than others. Losing control of your car on an icy road is right up there. Waking up to things dropping off the walls while the house shimmies like a hoochie coochie dancer on a Friday night is rather unnerving. Likewise, having a brown bear wake you in the middle of the night by snuffling around your tent gets the heart pounding.

I’ve experienced all three of those situations. Life just gets interesting, sometimes. However, through personal experience and discussions with other men, I am convinced there is nothing that can compare to the sheer terror generated by hearing your significant other utter the five simple words, “I’ve been looking at Pinterest.”

For those of you who may have been living in a remote rain forest among a tribe that has not advanced beyond the Stone Age, Pinterest is a web site dedicated to making the male of our species miserable. People, either through extreme luck or incredible talent, create something spectacular and then post pictures of whatever it is they have accomplished; this is called “pinning.” The professed purpose of such pins is to “inspire” others. Some people even add notes about how they accomplished the extraordinary feat. It is a place where digital brinkmanship reigns.

The point of Pinterest is to help those who might be interested in doing something sensational but lack the imagination to think of it themselves. It is a repository of cruel ideas for women. One simply drifts about the site until something catches the eye, and then the item is “repinned.” That saves the brilliant idea for a future time when it can be dropped like a bomb on some unsuspecting significant other.

“Look what I found on Pinterest, Honey! We could do that in our backyard.”


“Isn’t it a little early to be into the wine?”

The ideas and pins to be found are only limited by the imagination. There are hundreds of different categories to explore. Here is just a smattering of what can be found; I am NOT making these up.

“Ten fun ways to tell your partner you’re pregnant.” Okay, if there’s been a concerted effort to achieve pregnancy, this might be useful. However, if one of the parties is going to be surprised, it’s just mean.

“The 15 most disgusting things in your home that need to be cleaned ASAP.” Frankly, the last thing I need is someone to point out what is disgusting in my home. 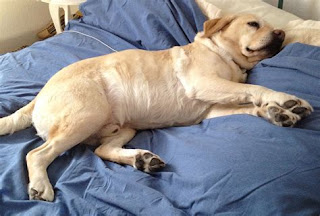 “Crispy Buffalo cauliflower and other vegan Super Bowl snacks.” I believe we need a judge’s ruling on this one. The term “vegan” generally connotes healthy food, at least that’s what most vegans I know would have you believe. So, how is it possible breaded, deep-fried cauliflower is healthy? Aside from this specific pin, there exists a plethora of ideas where various vegetables and other healthy foods are disguised to resemble something desirable. It’s a classic case of bait and switch in my book.


“Five reasons you should let your dog sleep on your bed.” Seriously? Quickly, without order of importance, here are five good reasons not to: fleas, bad breath, hair, ticks and drool. And were those not enough, with a large dog, there simply isn’t room. Heck, even with a small dog there’s usually not room. Our spare dog, Watson, is only about twenty pounds, but pushes against whoever may be in the bed until he has the lion’s share.

“Best kitty litter you can’t find in the store.” I’m thinking my neighbors put this one out there. The best kitty litter they’ve found that’s not from the store is the dirt in our garden and flower beds. 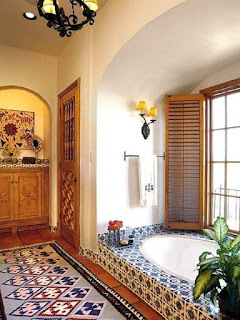 The ideas go on and on, but those that are the most destructive pertain to handyman ideas. I truly believe there is a mental condition that afflicts women after they’ve been on Pinterest for more than 45 seconds. I call it “Pintermania.” It’s what happens when a woman gets so smitten with an idea all reality ceases to exist. A woman with Pintermania actually believes her old man can pull that idea off. It doesn’t matter that he flunked out of seventh grade shop, or that he owns only one pair of pliers, a reversible screwdriver and an 8-ounce hammer, that man is going to build a thing of pride and incomparable beauty.

Have a dingy half-bath? There’s a way to turn that into a welcoming travertine grotto with Italian tile accents. Want to spruce up that ho-hum living room? How about going with a domed ceiling painted to look like the Sistine Chapel? (The secret on that one is to use one-coat paint.) Why have a simple water feature off your patio, when you can build an artificial river capable of supporting stocked trophy trout? I have been a victim of Pintermania, and to be honest, most of what gets passed off on Pinterest as “handyman projects” would be better described as “unparalleled master craftsman projects.” 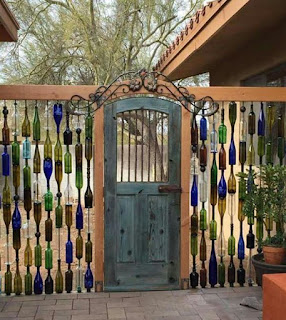 The only Pinterest-inspired project I’ve been able to get fully behind is a “recycled wine bottle wall.” Sounds good to me. I’m working diligently on getting enough wine bottles to make it work.