IRS - not here to help 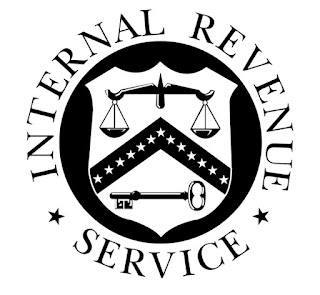 In Saturday’s mail was a letter from the IRS. Officially, it was form LTR 5071C. The letter advised me that they suspected fraud involving identity theft with my 2018 tax return. I can truly appreciate the diligence the IRS showed in protecting me against identity theft. I have had my identity stolen before and can tell you from that sad personal experience it is not fun trying to straighten everything out. (However, to be perfectly fair about the matter, the thieves were ultimately kind enough to return my identity to me, although I thought doing it with a sympathy card was a bit tacky.)

According to the letter the entire matter could be easily straightened out with a simple visit to the IRS website to verify my identity. Wow! Usually anything involving the government is a long, drawn out ordeal. Not this time Bunky, it would only be a simple matter of going online. Oh, glorious day!

With a happy, pattering heart I typed in the URL for IRS identity verification, only to be bitch-slapped with a digital brick wall. I was informed I had to create an account with the IRS. Create an account? I don’t have one? What do they call everything I have submitted to them for the past 47 years associated with my social security number? I’d say there should be more than just an account. Seems to me I should be in line for at least an engagement ring.

At the “Create an Account” page one is assured it will only take a few minutes. It all starts out with the usual information: name and SSN. Immediately after that, a trick question is thrown at you: “What was the address used on your last submitted tax return?”

I believe a judge’s ruling is needed on that question. Are they talking the very last SUBMITTED return, as in 2018 income tax, or the last ACCEPTED tax return, as in 2017 income tax? It was a stab in the dark, and I went for the former – at least I thought that’s what I typed in before clicking the enter button. I was immediately informed that I did not exist but might want to try proving my existence again. It seemed ironic the IRS told me I didn’t exist, but on the other hand maybe I didn’t. After all, there was an excellent chance I had been stolen. No matter, there was a chance to redeem myself.

I re-entered the information being very careful to ensure the address was entered correctly and was immediately informed my SSN didn’t match. Well, it’s hard to verify the SSN entry when only dots are displayed. Not a problem, we can do this again. Being ever so careful, the information was entered a third time, reviewed as best I could and submitted.

Well, nuts! I still didn’t exist. Having struck out I would have to wait 24 hours before playing “Give That Answer” again. At that point the decision to call the IRS directly on Monday was made.

So, first thing Monday morning, before coffee or anything, I called the contact number listed on my LTR 5071C. Again, I want a judge’s ruling: is it really okay to suggest immediately upon answering calls on a Monday morning that the caller might want to try back Wednesday or Thursday? Is the hold time that long? Is everyone that hungover from the weekend? Is everyone that zeroed in on the donuts before they become stale? More importantly, why didn’t I have that message option when I was working?

Being fearless, I decided to hold and see what happened. In less than thirty seconds my call was answered. The lady did not sound happy that I hadn’t taken the Wednesday/Thursday option. In fact, she sounded not only hungover, but like she had also missed out on the donuts. I explained that I had received an LTR 5071C and needed to verify my identity.

“Have you gone to the identity verification website?” she asked.

“Yes ma’am. According to you folks, I don’t exist.”

“I guess we’ll have to do this over the phone, then” she said. Quickly adding in a threatening manner, “If your answers don’t match my information, you will be required to appear in person at your local IRS office to verify your identity.”

I tried to sound pleasant, as though talking to someone from the IRS was the highlight of the new millennium for me. “Yes, ma’am. I’m ready.”

“Do you have the previous year’s return in front of you?” 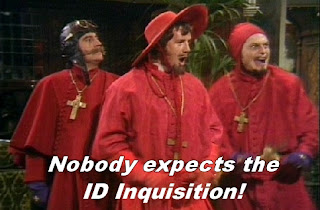 She made it sound as though she might make a few things up, but I assured her I had mounds, in fact a veritable plethora, of supporting documentation. And so, the Inquisition began. It started out with simple information: my name, SSN, date of birth, mother’s name, father’s name and current address. I was waiting for something really tricky, like who won the 1953 World Series, but instead she started asking about the returns.

We file married joint return on our taxes, so I answered, “We’re retired, we don’t get W-2’s.”

“Well, what did you get to show your primary income?”

Briefly, ever so briefly, the response, “A paper bag that previously held money from the drugs I sold,” passed through my mind. However, fear of complicating matters forced out the answer, “A 1099.”

And so, it continued, on and on, until the contents of both bulging envelopes containing the past two tax returns had been disgorged and spread out upon my desk.

“Okay, it would appear we can verify your identity,” she finally conceded. “We can now proceed to process your tax return. It will be nine weeks before processing is complete, and we can issue your refund. If you do not hear something in nine weeks call our support line.”

“Did I hear you correctly? Did you say nine weeks? It only takes six weeks to process if a return is mailed in! Mine was filed electronically.”

“You don’t understand. Your return was frozen, placed on hold. It will be nine weeks to process it,” she explained slowly, as if talking to a small child. And then added, “It used to take up to 180 days to verify identities, so really, things are much better now.”

This post was supposed to be the wrap up to the kitchen remodel tale. (To see the first segment click here.) Well, it’s not only late, it’s not a wrap up, either. Normally, my laziness would explain the delay of the post. Not this time, however, as I have a legitimate excuse – or several to be more accurate.

Before the kitchen remodel started our contractor sent us his estimate on how things were to proceed. His estimated time frame, give or take a couple, was eight days. (After that, digital measurements would be needed for the new countertops, which would take two to three weeks for cutting and installation.) It was a great plan.

Day 1 was February 25th, and the contractor adhered tightly to his schedule for two full days. After that, things went south.

On Day 2, the new appliances were to be delivered – a new refrigerator, dishwasher and range. Of the three, the range was critical. Because no vent had originally been built into the kitchen, we chose is a downdraft style of range. The vent ducting must match up to the underside of the range. Hence, no range meant no ducting work. No ducting work meant no installation of the floor cabinets on the west side of the kitchen.

The appliance store where we ordered the range assured us it would be delivered on March 5th, so the subcontractor was rescheduled for March 6th. In the interim, all the upper cabinets and some of the lower cabinets could be hung. All was right in the world, until the appliance store called on the 4th to state the range would not be delivered on the 5th of March. In fact, at this point the store was suddenly unsure when the range might show up.


William Congreve coined the phrase, “Hell hath no fury like a woman scorned.” I’m sure he had no idea what a dual fuel, downdraft range could possibly be, or even the concept of a kitchen remodel, when he penned those words in 1697. However, I can state with a good deal of certainty had he seen Mrs. Poynor on March 4th, 2019, the phrase would have come out a little different.

I don’t believe I have ever seen my wife so enraged. While she was engaged on the phone with the store manager, I gathered up all the sharp objects and double checked the gun safe to make sure it was locked. She was never rude or profane, just extremely determined to extract a promise of delivery and a firm date. She firmly rebuffed all attempts at mollification. There would be no nebulous promises. There would only be results. Although she never quoted him, Yoda would have been proud of her insistence. In the end, her unyielding approach worked. The store agreed to obtain the range at another store in Nebraska and deliver it first thing on the 8th. The venting subcontractor was rescheduled for the afternoon of the 8th.

Things were finally going our way. Thanks to my wonderful wife, we were back on track. What a wonderful feeling, albeit short lived. The subcontractor canceled on the morning of the 8th, rescheduling for the 12th. After less than three hours on the 12th, the venting was in and the contractor could proceed to Day 3 of the grand plan.

Sixteen days after the initial start of the remodel, the contractor completed what should have been the third day. That was also the day the blizzard hit. Two days of wind and snow. The contractor dug out and finished setting all the cabinets on March 15th.

And here we sit, twenty-two days after the start of the remodel. The counter measurements have been made, and now we wait two or three weeks to be finished completely. In the meantime, we have the finest plywood counters available.